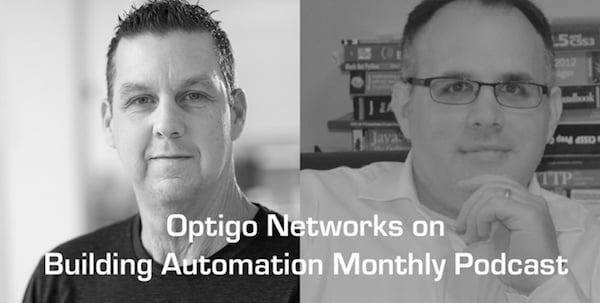 Our Strategic Solutions Manager, Ryan Hughson, recently had the pleasure of joining Phil Zito’s Building Automation Monthly podcast, BAM. In the episode, Ryan and Phil talked about IP networks, and how best to work with IT professionals in the BAS world.

Listen to the podcast, or read our recap of the episode below.

Phil and Ryan started off with a big question: the differences and similarities between IP networks, fieldbus networks, and serial networks.

Above all, “A network’s a network,” said Ryan. “They all primarily do the same thing: they connect devices together.”

When we dig into different types of networks, though, it becomes a question of how they pass information and relate to each other. All these networks pass information differently, because they were developed for unique purposes.

Fieldbus networks (think MS/TP) have been dominant in the world of operational technology. Fieldbus worked fine for a long time, but it unfortunately isn’t very fault-tolerant. As our networks grow with a wealth of smart new devices, that fault-tolerance can be a big sticking point.

IP networks, on the other hand, are traditionally used in the world of computers and printers. Lately, though, operational devices and controllers are increasingly being deployed on IP networks.

“Every single network out there has its pros and cons, and I think we’re just in an evolution of replacing the older networks and bringing it forward to more IP-based networks,” Ryan explained.

Phil agreed, IP networking is definitely proving advantageous in the world of OT. “Ryan and I have had calls before this, and he’s really shown some really solid advantages. […] I see the positives of IP networking, it’s just the execution and understanding,” said Phil.

Phil and Ryan continued to talk about the different IP architectures, pros and cons, and the relationship between IT and OT networks in a smart building.

Be sure to listen to the episode and subscribe to Phil’s podcast for more! If you want to learn more about the building automation industry, check out Phil’s comprehensive list of online training resources.

Our thanks to Phil Zito for having Ryan on the BAM podcast!