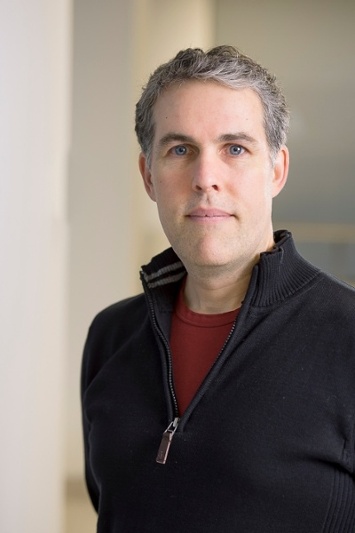 Optigo is excited to welcome Jeff Downton as our new Data Solutions Architect. Learn about Jeff’s experience and what he’ll bring to Optigo.

Jeff is a Big Data Software Developer with a wealth of experience in high-tech. His CV spans from leading technical innovation at the gaming analytics company Emberlight Technologies, to co-founding ACN Property Pilots, a startup for independent property owners (think Airbnb). And most recently, Jeff was the Big Data Software Developer at the data warehouse company, PHEMI Systems.

We sat down with Jeff to chat about his experience, what he’ll bring to Optigo, and what keeps him busy outside of work.

Monica McMahen (MM): Hi Jeff! We’re so excited to have you on the team. What drew you to working in our world of IoT?

Jeff Downton (JD): Thanks Monica! I believe we’re about to see some incredible growth in IoT due to the convergence of a few key enabling technologies. They include (1) scalable cloud computing, (2) distributed computing tools like Apache Spark, and (3) the growth of machine learning frameworks such as TensorFlow. Together, they’re dramatically lowering the barriers of entry for small- and medium-sized companies that generate large amounts of data and want to experiment with it. This convergence is also starting to produce some amazing findings that in turn become the building blocks for the next generation of thinking. This growth and maturity is exciting, and it’s why I’m drawn to the industry.

MM: I agree, it’s very exciting! You clearly know what you’re getting into by joining the data-filled world of Building Automation and Security. Can you tell us about the experience you gained before joining our team?

JD: I’ve been interested in tech for as long as I can remember. I’ve always wanted to understand the details of how things function. Professionally, I started working in tech around the time of the first dot-com bubble in 2000, with a smart group of developers who really inspired me. Back then everything was pretty simple, but you could see the potential starting to unfold — Google was ad-free and considered a search engine used only by developers, ha!

More recently, I’ve been interested and involved in projects relating to distributed computing and the analysis of large data sets. On one project, I worked with a group that analyzed very large sets of poker data to look for fraud. I also compiled competitive intelligence reports showing game popularity and individual playing styles.

Most recently, I was part of a team building a big data platform centered around PII (Personally Identifiable Information) data. There was a lot of attention placed on governance and security, as it was being deployed in highly secured corporate environments. It was the first time I’d worked with Hadoop in production and the learning curve was steep, but there are so many resources available and also, the Apache Hadoop community is also a very supportive group, and they have great conferences. I’d highly recommend attending.

MM: Wow, that’s some impressive experience! Could you tell us more about what you did in your last role?

JD: I wore a few hats in my last role. Initially, I was a backend developer writing Python and Java code for the Hadoop stack. The opportunity to work and understand how Apache Accumulo operates at a low level was especially eye-opening. Later on, I worked alongside customers as a solution architect and led small teams on a few focused initiatives which included SQL on Hadoop and data-flow processing at scale.

MM: Amazing! Of all of this experience, what are the biggest things that you are bringing to Optigo team?

JD: On the technical side, I believe my experience scaling and working with larger data sets will be an asset, especially since the industry is moving towards collecting and processing IoT data. I’ve also been an entrepreneur a few times before, so I understand the key drivers of business (sales, sales, sales). I bring that perspective to the technical meetings when decisions requiring company resources are discussed.

MM: What excites you about working for Optigo Networks?

JD: I’ve known many of the people at Optigo for a number of years, and they are a strong, capable, and energetic team. I’m excited and enthusiastic to be part of it; people are a big part of the equation for success.

MM: Why Optigo? You have amazing skills and any company would be lucky to have you. How did we get so lucky?

JD: Thanks for the compliment, but I feel lucky to be joining Optigo! My excitement about joining the team is a few relatively straightforward things. First, I think people are key, and Optigo has a really good team. Second, I believe the timing is right and that there’s a growing appetite for IoT solutions. The monster known as Amazon talked a lot about IoT at re:Invent 2017, if that’s any indication. Third, I think my skill set can be leveraged very effectively for what Optigo plans to do in the immediate future.

MM: What do you like to do outside of work?

JD: Last year I began rock climbing up at Squamish, and every year I try to pick a new sport or event as I enjoy being outdoors. This year I’d like to do a sprint-length triathlon (a.k.a. beginner level). I’m usually open for trying anything at least once.