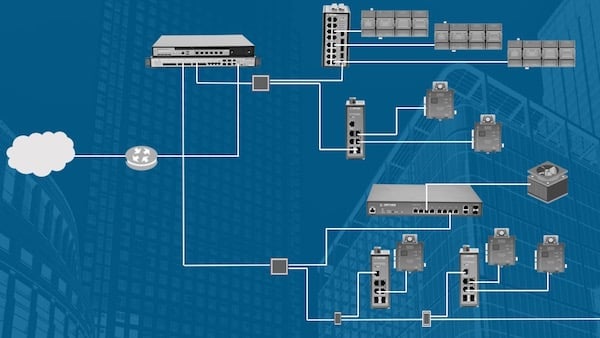 Do you struggle to communicate with your IT colleagues? Do they use concepts and language that go right over your head?

The worlds of IT and Operational Technology (OT) are merging more and more these days as the Internet of Things grows in prominence. This collaboration between IT and OT is great, but there are still gaps in understanding that keep us from fully working together.

We recently teamed up with Distech Controls to create an introduction to networking on the essentials of IT speak. We dug into key terms and concepts in IT networking, and explained why networking’s similar to the postal system. Our attendees left with a base understanding of IT language, enabling them to participate in overall network design conversations.

Now, this intro to networking is only the beginning. Working on this webinar, we realized that we couldn’t fit such a massive topic into just one webinar. So we launched a five-part series with Distech, to really dig into networking.

Check out our first Introduction to Networking webinar and read the recap here! You can also download the PDF notes from this presentation.

The webinar dug into a lot of different topics including:

We started our presentation by dividing the network into several distinct layers. Now, there are a few different models you can use to better understand the network architecture. These have no real bearing on how your network’s set up. The models are simply a logical way to understand how the different pieces function.

One popular model is OSI, which uses seven different layers including Physical, Data Link, Network, Transport, Session, Presentation, and Application. For the purposes of this training session, we used the TCP/IP model, which we find is simpler, and is better for implementing IP-based controllers. The TCP/IP model includes Network Access, Internet, Transport, and Application. 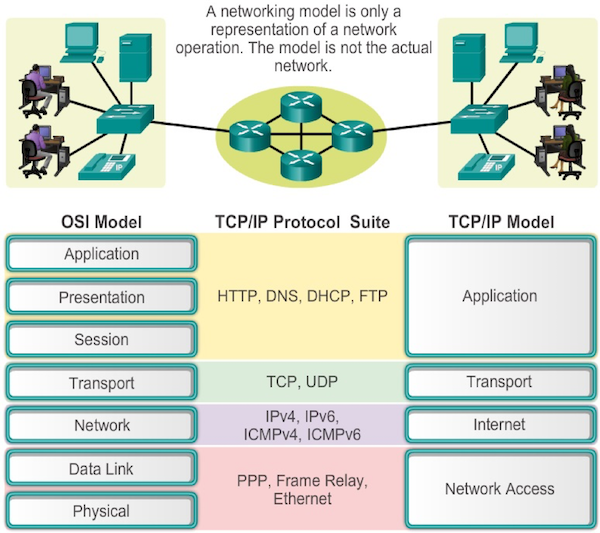 Network Access functions as the physical layer, defining how devices physically connect and send data through the network. The most common methods are Ethernet and Wi-Fi.

Ethernet connects a number of computer systems to form a local area network, with protocols to control the passing of information and to avoid simultaneous transmission by two or more systems.

Wi-Fi is the standard wireless local area network (WLAN) technology for connecting different electronic devices to each other and the Internet. Wi-Fi is the wireless version of a wired Ethernet network, and it is commonly deployed alongside it.

VLANs (or Virtual Local Area Networks) are designed to help you isolate and segregate your network. You might do this for security purposes, if there are multiple services connected to the same switch. Devices on VLAN-10 in the diagram below, for example, won’t be accessible from VLAN-20 or VLAN-30, or vice versa.

Say you had a lot of security cameras, and you wanted to make sure that only those cameras and the devices that work directly with them were connected. You can segregate your security camera system from unrelated other building automation systems, such as lighting, HVAC, and the like.

VLANs are a secure, efficient way to do all of this, compared with subnets which are internetworked and require individual switches per subnet. In this diagram, we’ve added three different VLANs without adding any additional hardware. 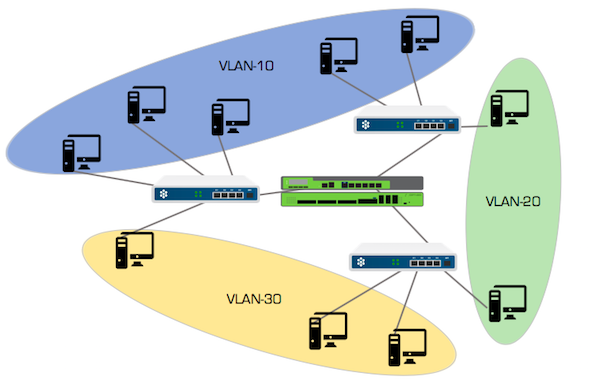 The Internet Layer is responsible for packaging data into IP datagrams, and routing those datagrams throughout the network.

Some concepts we really dug into on the webinar are Dynamic Host Configuration Protocol (DHCP), subnets, gateways, and Domain Name System (DNS).

1) DHCP is a client/server protocol that automatically provides an IP host with its IP address, as well as other configuration information like the subnet mask and default gateway.

2) Subnets are logical subdivisions of an IP network. The act of dividing a network into two or more networks is called subnetting. A subnet is basically a smaller network within a larger one. With subnets, we can control how much of the network sees our broadcast traffic.

3) Gateways are routers, by definition. Typically in a TCP/IP network, nodes such as servers, workstations, and network devices have a defined default route setting pointing to the default gateway. This defines where to send packets for IP addresses if they can’t determine a specific route.

4) DNS is the Internet’s system for converting alphabetic names into numeric IP addresses. When a web address (URL) is typed into a browser, DNS servers return the IP address of the web server associated with that name.

The Transport Layer is like a “language,” defining what protocols the devices on a network will “speak” with one another. There are lots of protocols, but the two you’ll most often work with on IP-based controllers are the Transmission Control Protocol (TCP) and the User Datagram Protocol (UDP).

TCP is considered a reliable transmission protocol because it re-orders unordered segments, and it will re-send any data that gets lost in the network. TCP has significantly more overhead than UDP, though, and does not allow for “one-to-many” messages.

UDP allows for multi-cast and is typically faster than TCP with less delay, assuming ideal network conditions. UDP is not considered reliable, though, since it does not typically make use of acknowledgements, retransmission of missing packets, or timeouts.

We hope you enjoyed this introductory webinar! Be sure to check out our deep dives on Network Access, Internet, Transport and Application, and Designing a Network with Distech Controls’ ECLYPSE and Optigo Connect.